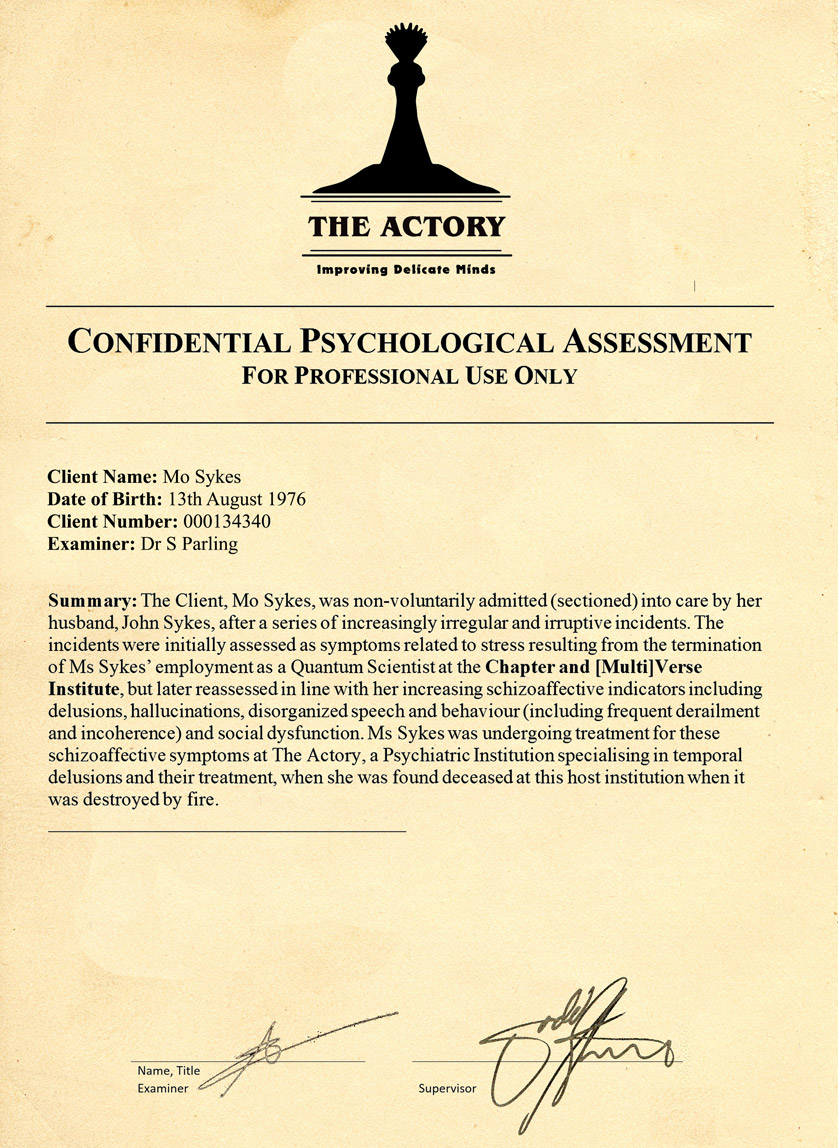 _____________________________________
CONFIDENTIAL PSYCHOLOGICAL ASSESSMENT
FOR PROFESSIONAL USE ONLY
_____________________________________
Client Name: Mo Sykes
Date of Birth: 13th August 1946
Client Number: 000134340
Examiner: Dr S Parling
Summary: The Client, Mo Sykes, was non-voluntarily admitted (sectioned) into care by her husband, John Sykes, after a series of increasingly irregular and irruptive incidents. The incidents were initially assessed as symptoms related to stress resulting from the termination of Ms Sykes' employment as a Quantum Scientist at the Chapter and [Multi] [Multi]Verse Institute, but later reassessed in line with her increasing schizoaffective indicators including delusions, hallucinations, disorganized speech and behaviour (including frequent derailment and incoherence) and social dysfunction. Ms Sykes was undergoing treatment for these schizoaffective symptoms at The Actory, a Psychiatric Institution specialising in temporal delusions and their treatment, when she was found deceased at this host institution when it was destroyed by fire.